The MORON of the week award goes to... 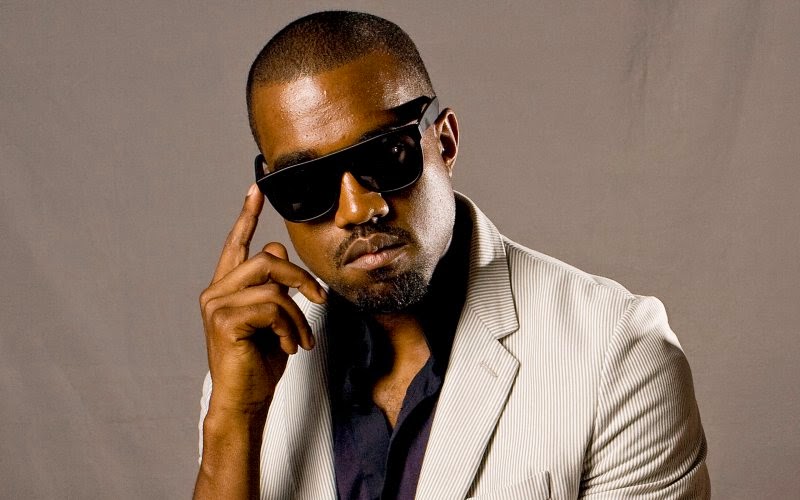 Kanye West stops Sydney show to demand fans 'stand up and dance!'...before he realises one is in a WHEELCHAIR and the other is waving their prosthetic limb at him

He came under fire for demanding fans at his Melbourne show on Wednesday stand up 'unless y'all sitting down because y'all handicapped.'

But during the Yeezus tour in Sydney on Friday night, rapper Kanye West went a step further, stopping the whole show at Qantas Credit Union Arena when two seated fans wouldn't get to their feet - because they were in wheelchairs.

Fans at the performance confirmed the incident to Daily Mail Australia on Saturday after a series of Tweets about the moment flooded social media, with one saying 'He wanted the crowd to stand up and couldn't see why they were seated. Once it clicked that they couldn't, he started the song.'

An eyewitness told Daily Mail Australia Kanye had refused to perform until the crowd were on their feet, saying, 'I can't do this song, I can't do this show until everybody stand up.

'Unless you got a handicap pass and you get special parking and s**t.

Imma see you if you ain't standing up, believe me, I'm very good at that.'

When the musician saw a concertgoer waving a prosthetic limb to explain why they weren't dancing, he acknowledged them, saying: 'Okay, you fine!'

But when another fan remained seated, he stopped the song Good Life, saying, 'This is the longest I've had to wait to do a song, it's unbelievable,' before sending bodyguard Pascal Duvier into the arena to check whether the person was in fact in a wheelchair- which they were.

'The crowd was also yelling that he was in a wheelchair but he waited for Pascal's confirmation,' the witness said, while others said the crowd made 'wheelchair motions' to alert the singer to his mistake.

'When he sent Pascal up there he said, 'He is in a wheelchair? It's fine!' the witness reported.

Other witnesses wrote, 'Kanye made everyone stand up.... Bereted a dude for not standing up... Stopped the whole show... Turns out the dude was in a wheelchair.'

Another said, 'Kanye accidentally yelled at a dude in a wheelchair tonight.'

The 37 year-old artist was criticised for his comments at his Melbourne show at Rod Laver Arena earlier in the week, when midway through his song Good Life he went on one of his famous rants, demanding to know why the audience wasn't on their feet.

(at 2 minute mark he starts on questing person in wheelchair)


However, in previous concerts Kanye has gone out of his way to assist disabled fans, in June asking his security to give a fan in a wheelchair his microphone as a gift.

'I was in the second row,' US fan Eliiot Briones told E! News. 'There were a lot of people blocking me, and Kanye noticed. Kanye told the security guard to give me the mic.'

Although he didn't meet Kanye, he said the gesture at the show in Texas still 'means a lot to me. I don't know how to explain. It's just a humble experience.'

###
UPDATED WITH COMMENTS FROM Mrs. Kanye West (co-moron of the week)

as reported by Entertainment Tonight


Kim Kardashian has her man's back.
Kim Kardashian has her man's back. Her outspoken husband Kanye West made headlines over the weekend when he allegedly asked wheelchair-bound audience members to stand up during his Sydney, Australia show --but his wife took to Instagram on Monday to address these "frustrating" reports.
Posting some concert footage, the 33-year-old Keeping Up with the Kardashians star wrote: "What an amazing Australian tour! It's frustrating that something so awesome could be clouded by lies in the media. Kanye never asked anyone in a wheelchair to stand up & the audience videos show that. He asked for everyone to stand up & dance UNLESS they were in a wheelchair. #JustWantedEveryoneToHaveAFunNight #TheMediaTwistsThings"
Something tells us those hashtags won't be trending.
for the full article: https://tv.yahoo.com/news/kim-kardashian-defends-kanye-west-wheelchair-mix-123400317.html