RJ Mitte, as a Actor Sees Cerebral Palsy as an Asset 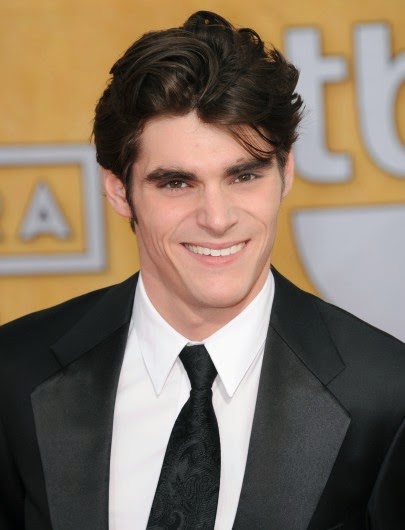 Like the 22-year-old actor, his character had cerebral palsy — just a more severe case, requiring Mitte to learn to walk on crutches and slow his speech for the role. Mitte says he also had to revisit some of the challenges he faced growing up, which served as "a great reminder" that helped him win the part.
"The past does haunt you, but it haunts you for a reason: to remind you of the mistakes and actions you've made along the way and you have to grow from those actions," he said.
Mitte says those experiences enabled him to bring something to the role that others couldn't.
"My disability has given me so many things that people will never understand unless you have it," he said in a recent interview. "Unless you've been through the physical therapy, unless you've been (through) the sweat, the tears, the family problems, the family struggles, but wondering how you're going to get that HMO, wondering how you're going to get those medical bills. You develop a different mentality and you develop a different look at how the world sees you and how you see the world."
Mitte isn't alone in winning roles that reflect his life: In his recently canceled sitcom, Michael J. Fox's title character had Parkinson's disease, as he does, and both "Glee" and "American Horror Story" feature actresses with Down syndrome.
Since the "Breaking Bad" finale, Mitte has played a wheelchair-bound character who suffered a spinal cord injury. He says other roles he's taken on include that of a young man with muscular dystrophy and another where he was "a bit mentally unstable."
"I'm not going to say that I don't get typecast from time to time but those are real characters," says Mitte.
He says that while he realized there is "an opportunity to learn something from these characters," he just likes to have a good time with the roles, adding that "at the end of the day you have to have fun with it because this business is stressful enough not to enjoy what you do."
———
Related Post: ‘Breaking Bad’ actor RJ Mitte: Cerebral palsy does not define me