5 Lesser-known things about being Blind

There are a small number of questions that blind people seem to get asked regularly. But here are five lesser-known things about blindness from those who know.

Can blind people hear better than sighted people?
There is an often-quoted view that a blind person's remaining four senses are heightened to compensate for their lack of vision. In popular culture, sightless superhero Daredevil makes use of his super senses to save the world, and in the film Scent of a Woman, Al Pacino's blind character could tell one perfume from another at the drop of a hat.
Many blind people feel their hearing is no better than sighted people's - it's just that they have to listen more intently to sounds around them. They gauge distance and direction of traffic by ear to avoid being hit by a car, and will tune into announcements at stations to find out which platform their train is on. Sighted people are more likely to focus on the display boards when travelling.
But there is some evidence to support the heightened senses theory. Research at the University of Montreal in 2012 suggests that a blind person's brain does re-wire itself to use the visual cortex. Normally preoccupied with seeing, it's hijacked to improve the processing of other information such as sound and touch.
Many blind people use reflected sound waves to build a mental picture of their surroundings (similar to bats and dolphins) in a process known as echolocation. Most use it all the time without realising, to avoid walking into things. Others claim to be able to tell an object's distance, size, texture and density by clicking their tongue against the roof of their mouth about three times per second and are able to go hiking and cycling without a white cane or a dog.
Can blind people see in their dreams? 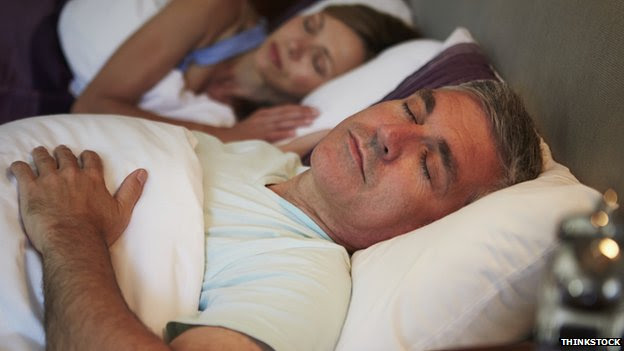 People who were born blind have no understanding of how to see in their waking lives, so they can't see in their dreams. But most blind people lose their sight later in life and can dream visually. Danish research in 2014 found that as time passes, a blind person is less likely to dream in pictures.
The same research says that people who are born blind have more nightmares than sighted people. The theory is that nightmares are mental rehearsals of potentially distressing events, and they can help develop coping mechanisms. For example, blind people in the study reported dreaming about getting lost, being hit by a car or losing their guide dog.
How do blind people choose their clothes?
Over time, many blind people will get a feel for the shape and style of clothes that suit them and they will tend to shop with trusted people.
The fashion-conscious blind person puts considerable energy into ensuring that their outfits match, but technology is often needed for differentiating between colours. A colour detector is a talking gadget which, when pressed against a piece of clothing for a second or two, loudly announces "light olive green" or "dark blue" in a posh English accent. They aren't totally accurate and tend to be used occasionally when sorting laundry and checking items which feel similar.
Blind people have various systems for keeping track of their clothes. Some will sew different shaped buttons on to labels to denote colours. Others might cut the labels in various ways. Some favour the Pen Friend, a barcode reader with labels that can be loaded with information about the clothing, including colour and washing instructions. Others will just try and remember the information or buy clothes that all match.
What do guide dogs actually do?
Contrary to popular belief, guide dogs do not tell their owner when it is time to cross the road and they do not take their owner where they want to go based on an instruction such as "find the shops".
Guide dogs walk in a straight line, always on the left of a person, and are trained to keep an eye on their owner's right shoulder to protect against collisions. They avoid obstacles and stop at kerbs. They know their left from right. Sometimes dogs might lead their owner into overhanging branches because its trickier for them to judge overhead obstacles. It all takes practice. It's a partnership and owners often consider they're driving the dog rather than being led by it. 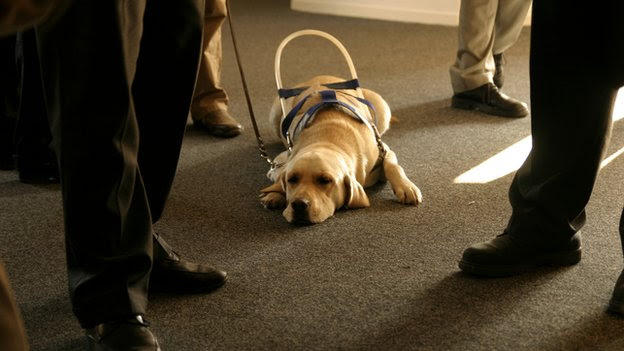 Unofficially, guide dogs can provide good companionship for isolated blind people. Their presence can help owners feel safer while out and about. And of course, a dog can be a good ice-breaker in a social situation.
How do blind people use computers and smartphones?
Blind and visually impaired people use computer technology in three ways. Some, who can see a bit, can get software that magnifies everything on the screen to a size they can easily read.
Totally blind people have two options. A Braille display can sit underneath a keyboard and provide a tactile version of words on the screen, one line at a time. But less than 1% of the two million people with vision problems in the UK can read Braille, and anyway, the display can cost thousands of pounds.
A far more popular option is a screenreader - software which reads the screen in an intelligent way, using a synthetic voice. Voices are improving in quality all the time but many old-school blind computer users stick to the one that sounds like Stephen Hawking, because it can be understood at a fast speed and because they're used to its pronunciation. After a while, users stop noticing what their screenreader sounds like and crank it up to a speed that's unintelligible to the average person. Some use both Braille and speech together.
Follow @BBCOuch on Twitter and on Facebook, and listen to ourmonthly talk show
http://www.bbc.com/news/blogs-ouch-28853788
Posted by Jim Watkins at 7:37 PM