Hundreds of people have gathered in Belfast for an international carnival and family fun day to celebrate those with disabilities.

The Disability Pride parade left Writer's Square and made its way down Royal Avenue towards City Hall.
The event includes an open air concert, gourmet food and disability sports demonstrations.
More than 800 representatives from 18 charities and support groups across Ireland are expected to be taking part. 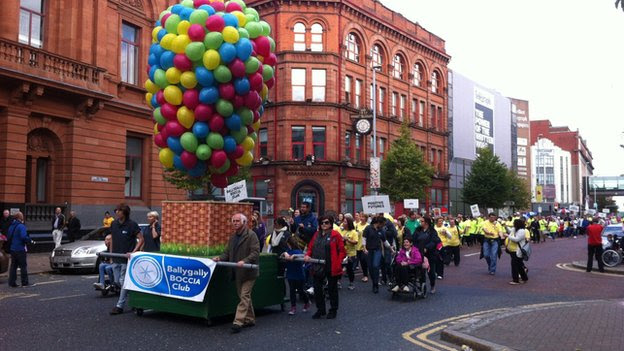 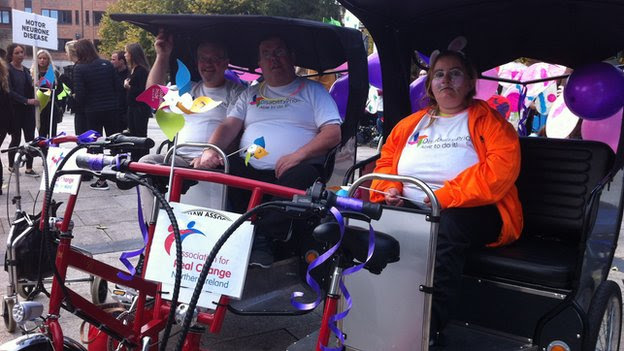 More than 800 representatives from 18 charities and support groups are taking part
The event includes 40 market stalls on the lawn of the city hall as well as face-painting and exhibitors from across Northern Ireland.
Also in the Belfast line-up is Strictly Wheels - the Strictly Wheelchair Dancing Duo, Gary and Paula, who reached the semi-finals of Britain's Got Talent in 2012.
They will be joined by Skyzdalimit Omagh, a cross-community performing arts charity for people with a learning or physical disability.
Disability Pride is an organisation that begin in Chicago in 2003. 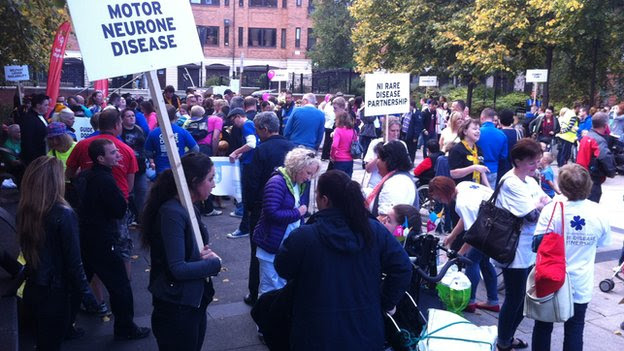 There is a colourful, carnival atmosphere in Belfast
Every year since its inception, Disability Pride has asked a new city to join the network, these have been until this year, cities in the USA and Canada. In 2013, Madrid and Berlin joined the network and held their first Disability Parade.
The Disability Pride website states: "We received a request this year to bring Belfast on board in 2014.
"This came about because the organisation in Chicago had recognised the work of Trip-Ability in Northern Ireland and considered that we were being progressive on disability issues." 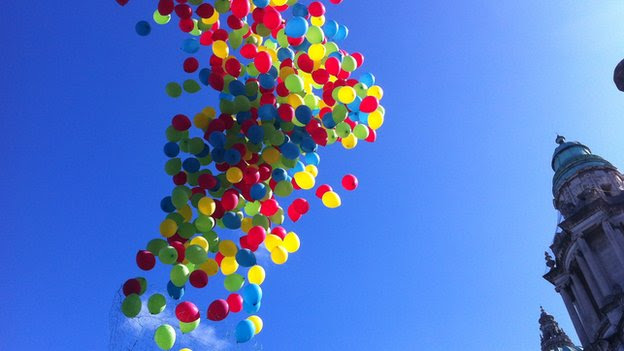 Balloons were released at Belfast City Hall during the Disability Pride Event
http://www.bbc.com/news/uk-northern-ireland-29292941
Posted by Jim Watkins at 3:41 PM