Illinois must now allow people with disabilities options where they live : June 20 2011 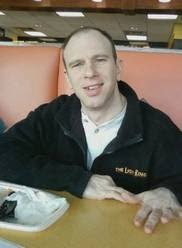 Illinois must now allow people with disabilities to choose between living in state-run institutions or smaller homes integrated into their communities.

David Cicarelli lives with moderate developmental disabilities in a state institution in Lincolnshire, and much to his chagrin, he has spent the past 15 years on a waiting list to be allowed to live in a community home.

Now, he may get his chance.

Cicarelli and Chicago-area disability rights advocates are among those ecstatic after last week's revelation that they and their constituents will have a say in their living arrangements.

On June 15, U.S. District Judge James Holderman ruled that Illinois must comply with the Americans with Disabilities Act of 1990, which cuts down on discrimination against disabled individuals and protects their right to integrate into their communities. Before this decision, if disabled adults wanted assistance from Illinois, they were consigned to living in large state-run institutions, often far away from their family and friends. Now, they’ll have the opportunity to claim state funds for the housing of their choice.

“I feel pretty good, because I want to live close to my parents,” Cicarelli said. “I want to help children in the community, for safety and learning and stuff.”

As one of five plaintiffs on Ligas v. Hamos, Cicarelli and his friends have won the right to move into a small group home in the next 60 days, just in time for his Sept. 25 birthday.

The judge’s decision means Cicarelli will finally have basic freedoms like choosing when and what to have for dinner, how loud his music is, how his furniture is arranged and even whether he wants an animal.

“I want to have a couple of pets,” Cicarelli said, referring to the cat and dog living with his mother in Arlington Heights. “There are none here. They don't allow no pets. They're nice company.”

Barry Taylor, the lead counsel alongside 11 other attorneys on the case, called it a “landmark victory.”

“For the first time, thousands of people are going to have the choice of where to live,” Taylor said. “People with disabilities are entitled to live in the most integrated setting, and Illinois wasn't doing that.”

Taylor said about 6,000 current residents and thousands more waiting for placement will be allowed to opt in to local community housing, and he stressed that those already in an institution don’t have to move out if they don’t want to.

“It's just great news,” said J.J. Hanley, the mother of a son with high-functioning autism and the founder of JJsList.com, a site that reviews how North Shore businesses serve the needs of the disabled. “We really hope this is going to force Illinois' hand and make it kick its very bad addiction to institutions as places to warehouse people with disabilities.”

Hanley said it’s actually cheaper to care for people on a local basis. She said the average cost for a disabled person to live in a state-run institution is around $150,000 per year. In a smaller group home, that price drops to around $60,000 a year.

For others, it’s about recognizing disabled individuals as human beings.

“It’s really about communities becoming integrated and not labeling people as ‘others,’” said Gail Schecter, executive director of the Interfaith Housing Center of the Northern Suburbs. “Everyone has assets, even 'labeled' people, like people with disabilities. They’ll be able to become citizens of the community in the truest sense of the word.”