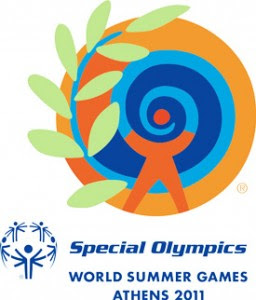 In addition, throughout the competition, ESPN.com will be providing information and an up-close perspective of this unique and inspiring event, reporting directly from the venues in Athens. The coverage will be featured prominently in ESPN.com’s The Life section (http://espn.go.com/espn/thelife/) and will be promoted throughout the site. This coverage will be available on ESPN.com as well as ESPN3.com online and via ESPN on Xbox LIVE and on mobile and tablet devices through the Watch ESPN app.

“Special Olympics became ESPN’s first charity of choice in the early 1980s,” said Rosa Gatti, senior vice president, corporate outreach. “We are delighted to have leaders of these two ESPN entities commit their time and resources to provide coverage of this global event. Team ESPN’s long relationship of volunteering at Special Olympics and Unified Sports programs has been extremely rewarding for our employees and their families.”

The 13th Special Olympics World Summer Games is the largest sporting event held in the world in 2011 and the first major sporting event in Athens since the Olympics were held there in 2004. Special Olympics Team USA will be joining 7,000 fellow athletes and teams from 180 nations around the world in Athens, Greece. Special Olympics athletes of all ability levels will compete in 22 different Olympic-type sports including: aquatics (swimming), athletics (track and field), badminton, basketball, beach volleyball, bocce, bowling, cycling, equestrian, football (soccer), golf, gymnastics, handball, judo, kayaking, powerlifting, roller skating, sailing, softball, table tennis, tennis, volleyball and the Motor Activity Training Program (MATP). Throughout the competition June 25 - July 4, athletes will display their athletic skill, determination and courage to the world, uniting people of all abilities through the power of sport.

Special Olympics is an international organization that changes lives through the power of sport by encouraging and empowering people with intellectual disabilities, promoting acceptance for all, and fostering communities of understanding and respect worldwide. Founded in 1968 by Eunice Kennedy Shriver, the Special Olympics movement has grown from a few hundred athletes to more than 3.7 million athletes in over 170 countries in all regions of the world, providing year-round sports training, athletic competition and other related programs. Special Olympics provides people with intellectual disabilities continuing opportunities to realize their potential, develop physical fitness, demonstrate courage, and experience joy and friendship. Visit Special Olympics at www.specialolympics.org. For information about the upcoming Special Olympics World Summer Games Athens 2011, visit the Games’ official website at www.athens2011.org.

About Team ESPN and Special Olympics

Throughout the years, ESPN has provided volunteers and financial and in-kind contributions to Special Olympics Connecticut and similarly at other office locations. ESPN is a sponsor of the Unified Sports school-based program in Connecticut. Unified Sports® is a registered program of Special Olympics that combines approximately equal numbers of athletes with and without intellectual disabilities on sports teams for training and competition. All Unified Sports players, both athletes and special partners, are of similar age and matched sport skill ability. Unified Sports teams are placed in competitive divisions based on their skill abilities, ranging from training divisions (with a skill-learning focus) to high level competition.

ESPN3.com is ESPN's live sports broadband network, a 24/7 online destination that delivers thousands of live, global sports events annually. It is currently available at no additional cost to fans who receive their high-speed Internet connection or cable TV video subscription from an affiliated service provider. It is also available at no cost to approximately 21 million U.S. college students and U.S.-based military personnel via computers connected to on-campus educational networks and on-base military networks.