A Kentucky lawyer who is on the run from law enforcement was sentenced in absentia on Friday to 12 years in prison for participating in a more than $550 million disability fraud scheme, the U.S. Department of Justice said. 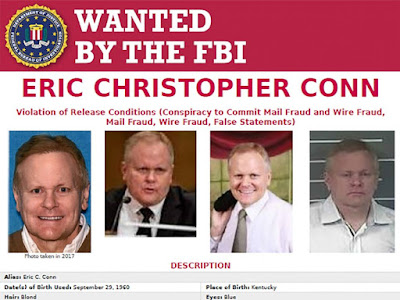 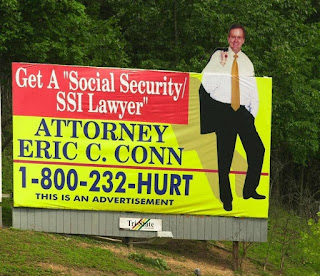 Eric Christopher Conn, 56, pleaded guilty on March 24 to charges stemming from what prosecutors said was his role in a scheme to fraudulently obtain more than $550 million in federal disability payments for thousands of people.

Conn is a fugitive who has been on the run since last month and was not at his sentencing by U.S. District Judge Danny Reeves of the Eastern District of Kentucky in Lexington, the Justice Department said in a statement.

Scott White, an attorney for Conn, did not immediately respond to a request for comment.

Conn must also pay around $106 million in restitution to the Social Security Administration and U.S. Department of Health and Human Services, the Justice Department said in Friday's statement.

Prosecutors said that from 2004 to 2016, Conn, of Pikeville, Kentucky, participated in a scheme that involved submitting thousands of falsified medical documents to the U.S. Social Security Administration.

Two other co-consiprators, a retired administrative law judge from the U.S. Social Security Administration and a clinical psychologist, are awaiting sentencing for their roles in the scheme.

Conn fled home detention last month using a truck registered by one of his co-conspirators. The truck was discovered in New Mexico near the border with Mexico, the Federal Bureau of Investigation said in a statement on Friday.

The statement did not say when the truck was discovered or which co-conspirator gave him the truck. A spokesman for the FBI was not immediately available for comment.

Along the way, Conn made several stops including at a gas station and a Wal-Mart store in New Mexico where he was captured on video surveillance. There is no indication Conn crossed the border into Mexico, the FBI said.

There is a $20,000 reward from the FBI for information leading to Conn's location and arrest.

The FBI's account of Conn's escape contradicts a report last month by the Lexington Herald-Leader, which said Conn fled the United States using a fake passport after the newspaper exchanged emails with an individual it identified as Conn.

The FBI statement "shows that the account of the escape by the person claiming to be Conn was false," the newspaper reported on Friday.
(Reporting by Timothy Mclaughlin in Chicago; Editing by Matthew Lewis)
# # #

RELATED POSTS
Posted by Jim Watkins at 8:17 AM