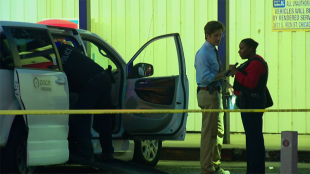 The victim, identified by relatives as Norman White, had stopped at a gas station parking lot near East 83rd Street and South Stony Island Avenue just after 3:15 a.m. Tuesday to say hello to a friend, a female Pace paratransit driver who had arrived minutes before on a break.

Norman White, a father of four, used to be a Pace paratransit driver himself. He worked for the company until January of this year. Most recently, he was working a night job.

Chicago Police said a man who tried to take his phone pushed Norman White into the minivan and opened fire.

He suffered gunshot wounds to the right arm, chest and back, police said. He was transported in critical condition to Northwestern Memorial Hospital, where he later died.