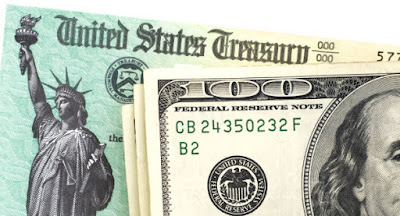 By Stephen Ohlemacher, Associated Press |  July 13, 2017
AP - Millions of Americans who rely on Social Security can expect to receive their biggest payment increase in years this January, according to projections released Thursday by the trustees who oversee the program.

But the elderly shouldn't get too excited.

The increase is projected to be just 2.2 percent, or about $28 a month for the average recipient. Social Security recipients have gone years with tiny increases in benefits. This year they received an increase of 0.3 percent, after getting nothing last year.

The trustees released the projection, along with their annual warning about the long-term financial problems of Social Security and Medicare, the federal government's two bedrock retirement programs. Medicare provides health insurance to about 58 million people, most of whom are at least 65 years old.

Unless Congress acts, the trust funds that support Social Security are estimated to run dry in 2034, the same year as last year's projection. Medicare's trust fund for inpatient care is projected to be depleted in 2029, a year later than last year's forecast.

If Congress allows either fund to be depleted, millions of Americans living on fixed incomes would face steep cuts in benefits.

Neither Social Security nor Medicare faces an immediate crisis. But the trustees warn that the longer Congress waits to address the program's problems, the harder it will be to sustain Social Security and Medicare without significant cuts in benefits, big tax increases or both.

"Lawmakers should address these financial challenges as soon as possible," the trustees wrote in their report. "Taking action sooner rather than later will permit consideration of a broader range of solutions and provide more time to phase in changes so that the public has adequate time to prepare."

Republicans in Washington have long clamored to address the long-term financial problems of Social Security and Medicare, the largest benefit programs run by the federal government. But don't expect them to do much about it.

Over the years, House Speaker Paul Ryan, R-Wis., has insisted on overhauling those programs, proposing a voucher-like system for Medicare and calling for partially privatizing Social Security.

President Donald Trump has promised not to cut Social Security or Medicare, though his budget proposal for next year would reduce Social Security's disability benefits by nearly $70 billion over the next decade. The savings would come from encouraging, and in some cases requiring, people receiving the benefits to re-enter the workforce.

But even if Trump finds the savings, it wouldn't come close to solving the program's long-term financial problems.

Social Security is independently funded by payroll taxes, so it is not subject to annual spending bills approved by Congress. AARP hopes it stays that way.

"Social Security should remain separate from the budget. Medicare can improve if we reduce the overall cost of health care, rather than impose an age tax, and if we lower prescription costs, instead of giving tax breaks to drug and insurance companies," said AARP CEO Jo Ann Jenkins.

Over the past decade, Social Security and Medicare made up about 40 percent of federal spending, excluding interest on the debt — and that share is projected to grow in the future, according to the nonpartisan Congressional Budget Office.

Fifty years ago, the two programs accounted for 16 percent of federal spending.

The programs are expanding in part because the U.S. is growing older.

Copyright Associated Press
Posted by Jim Watkins at 7:13 AM