Rod Stewart: 'I have to do something' for disabled kids and families' who Protest Trump's Healthcare Cuts

(CNN) - July 27, 2017 - Three weeks ago, a group of children with disabilities and their parents chartered a bus in Baton Rouge, Louisiana, and headed to Washington to protest proposed cuts in Medicaid, the government health insurance they all rely on.

"I'm so nervous," organizer Angela Lorio said as she boarded the bus with her 4-year-old son, John Paul, who has severe disabilities.

She never dreamed that relief would end up coming from Sir Rod Stewart.

The rock icon was at his home in Palm Beach, Florida, on July 10 when he watched CNN's story about the families on "Erin Burnett OutFront."

The story didn't have a happy ending. Despite their best efforts, the families did not meet with their elected officials or anyone from the Republican National Committee.

Minutes after watching the piece, Stewart emailed his manager. 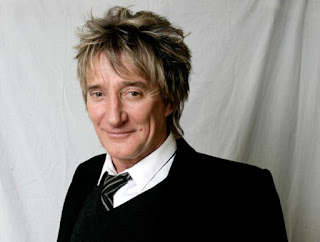 "I've just seen something on CNN that's heartbreaking. It was a group of families with severely disabled children who are driving to Washington to confront about health care cuts. See if you can find out who they are," Stewart wrote. "I'd like to help in some way.""He was so touched and heartbroken and actually teary," Arnold Stiefel, Stewart's manager for more than 30 years, told CNN. "He said to me 'As a father of eight I have to do something now.' "

Stiefel wrote back to Stewart: "I can't think of a better cause. By all means."

Stewart's team contacted Lorio and her friend Jessica Michot, co-founders of Trach Mommas of Louisiana, and wrote them a check that covered the remaining cost of the trip.

Lorio kept a video diary as she deposited "the biggest check of her life" Monday afternoon.

In one of Stewart's most famous songs, "Forever Young," he sings: "May the good Lord be with you down every road you roam." He ended his concert Tuesday night at the PNC Bank Arts Center in Holmdel, New Jersey, with a video tribute to the families who took the road trip.

"Some of you may know that I live in America and pay my taxes here," the British singer said. "I'm neither a Democrat nor a Republican, but I am a father."

Now Lorio looks back at how the bus trip almost didn't happen.

Over the July 4 holiday weekend, families from the Trach Mommas group had participated in protests in Baton Rouge. When they felt that lawmakers hadn't heard their voices, Lorio's husband, Neal, suggested traveling to Washington.

The next day, Lorio and Michot attended the funeral of a 2-year-old girl, the daughter of one of the Trach Mommas.

The day after that, while in church, Lorio heard "that little voice of God" telling her to organize the trip.

"I was like -- seriously? God, if you want this to happen, you're going to have to do this for us," she said.

She never dreamed that Rod Stewart, whose music she'd listened to since she was a little girl, would be the one to step in.

"It was beyond our wildest dreams -- not just anybody paid for it, but Rod Stewart!" she said. "God always hears your prayers and answers them -- they just might not be answered in the way that you expect."

Copyright 2017 by CNN NewSource. All rights reserved. This material may not be published, broadcast, rewritten or redistributed.
http://www.cnn.com/2017/07/27/health/rod-stewart-disabled-kids/index.html
Posted by Jim Watkins at 7:42 AM