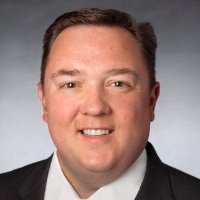 Mr. Nagle has served on Special Olympics' board since 2013 and became the group's treasurer in 2015. He will replace Susan Nicholl, who served as executive director for the past 11 years.

Mr. Nagle will be responsible for all fundraising efforts and securing corporate sponsorships to support programs and events. He will also be responsible for continuing to increase the awareness of the organization to the public, as well as recruiting new athletes.

Mr. Nagle, a graduate of University of Illinois in Champaign-Urbana, previously served as senior vice president at JLL. There, he was responsible for managing corporate real estate portfolios for companies throughout the United States, Canada, India and Philippines.

Special Olympics was founded in Chicago at Soldier Field in 1968. The Chicago chapter is the largest in the state of Illinois with more than 7,500 athletes.