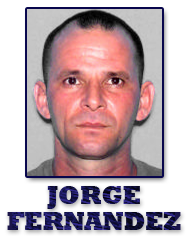 On April 17, 2013, Jorge Jesus Cubilla Fernandez was indicted on charges of health care fraud and wire fraud. Investigators believe that through his company, Fernandez falsely billed Medicare for $1.8 million for durable medical equipment (DME) that was never provided to beneficiaries.

Fernandez was the owner and operator of Jet Medical Supply, a DME company based in Louisville, Kentucky. According to the indictment, Jet Medical billed Medicare for wound care supplies and was reimbursed approximately $900,000 from May 2010 until February 2011.

The investigation revealed that a number of billings submitted by Jet Medical were for beneficiaries whose Medicare numbers had been compromised and/or had been associated with fraud by another provider. In addition, Jet Medical allegedly billed for items, benefits, products, supplies, or services purportedly provided to beneficiaries located outside of Kentucky, mainly from Florida.

Fernandez remains at large and is believed to be residing in south Florida.