'Mommy! It hurt' Tragic last words of Down syndrome man, who died in handcuffs after he refused to leave a movie theater in Maryland 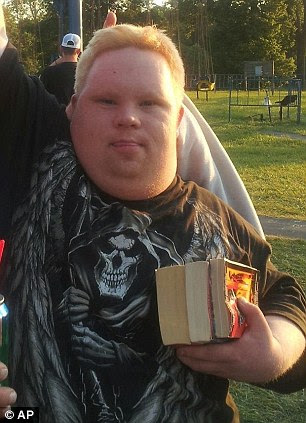 Tragic loss: Robert Ethan Saylor, 26, of New Market, Md., died of asphyxia on January 12, 2013, after three Frederick County Sheriff's deputies tried to forcibly remove him from a movie theater at the manager's request
A health aide to a man with Down syndrome who died after being dragged from a Maryland theater had warned police that he would ‘freak out’ if they touched or spoke to him, according to an investigative file released Monday.
Robert ‘Ethan’ Saylor, 26, passed away from asphyxia minutes later, after three Frederick County Sheriff's deputies handcuffed the flailing, 294-pound man as he screamed, cursed and cried for his mother, witnesses say.
Saylor's offense, according to the file documents: He had not purchased a ticket for a repeat viewing of the movie Zero Dark Thirty.
The 98-page incident report and handwritten statements from 22 witnesses add new details to a case that remains in the spotlight six months after Saylor's death on January 12.
Critics continue to call for an independent investigation of the deputies' actions after a grand jury's decision in March not to indict them for what the state medical examiner's office has ruled a homicide.
The 18-year-old caretaker, whose name is redacted from the documents, wrote that she had been Saylor's aide for three months before he died.
She said Saylor, known to his family as Ethan, had a history of angry outbursts, including one earlier that night.
They had already seen the movie once and were outside the Frederick theater when she asked Saylor if he was ready to go home. Saylor began cursing and punched a Lenscrafters storefront window, she told police.
Somewhat frightened, the caretaker called Saylor's mother, 55-year-old Patti Saylor, of New Market.
‘Patti told her to just wait him out and his attitude will change,’ an investigator wrote in a follow-up interview report. 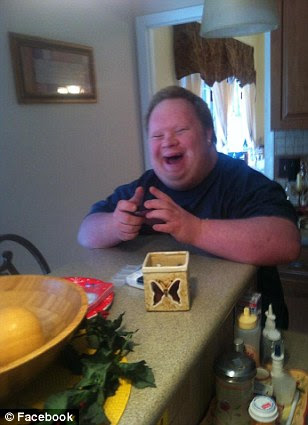 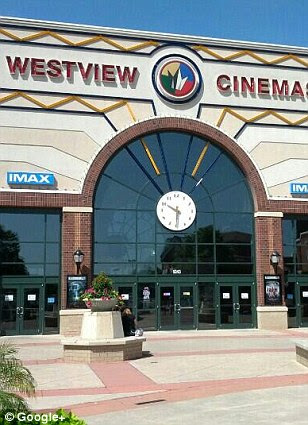 No charges: A grand jury ruled in March that the three Maryland Sheriff's deputies involved in the death of Ethan Saylor, left, at a Westview movie theater, right, will not face criminal charges
The caretaker then spoke by phone with another of Saylor's caretakers. He advised her to leave Saylor in front of the theater while she got the car, giving him a few minutes alone to calm himself.
But by the time she returned, Saylor had gone back into the theater and seated himself. As she walked in, the manager of the cinema was telling Saylor he had to either purchase a ticket to watch the film again, or leave the auditorium.
In response, the 26-year-old man said he had no money for another viewing.


‘I explained, “Yes, we are having a little issue, I'll handle it. We just have to be patient,"’ the caretaker wrote in her statement.
The manager then summoned one of the three deputies, Sgt. Rich Rochford. All of the deputies were moonlighting as mall security officers.
‘Then a sheriff came and said, “Another show is starting. I have to go get him out,"’ the caretaker wrote. ‘I explained Ethan is Down syndrome.’
She said she told the officer that if he spoke to Saylor, ‘he will curse.’ She advised him to ‘wait it out.’ 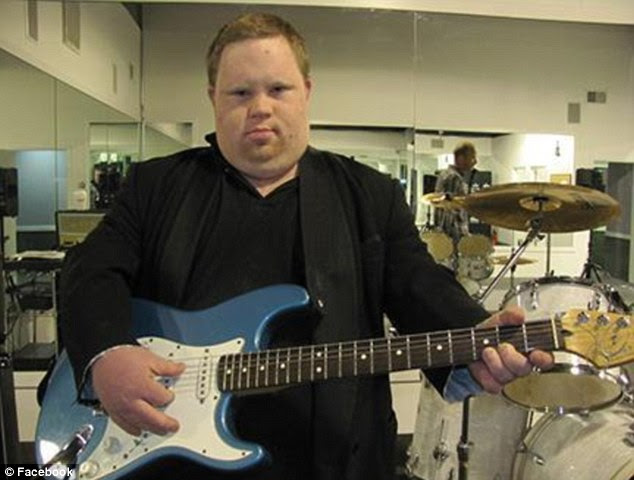 Full life: With an IQ of 40, Ethan loved music, idolized law enforcement and was encouraged by his family to be independent 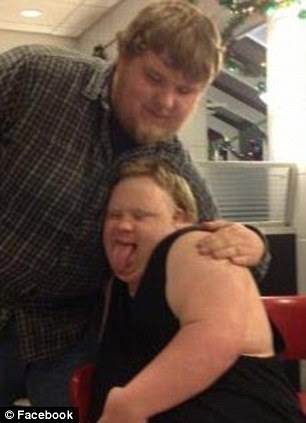 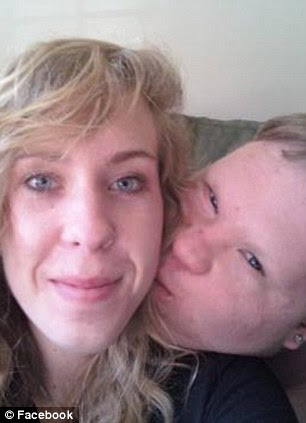 Justice for Ethan: The 26-year-old man's family, including brother Adam (left) and sister Emma (right), are calling for an independent probe into their sibling's untimely death
‘Then the sheriff went in and started talking to Ethan and Ethan was cursing at him,’ the woman stated.
She said the officer threatened to take Mr Saylor to jail, a statement corroborated by other witnesses.
‘I then said, “Please don't touch him, he will freak out,"’ the aide wrote. ‘Next thing I know, there are I think three or four cops holding Ethan, trying to put him in handcuffs.’
As the officers pulled the struggling Saylor from his seat and down an exit ramp, they went down out of view of most witnesses.
One customer told police an officer had his knee on Saylor's lower back while the other deputies held Saylor's shoulders. At least two witnesses said the kneeling officer's knee was on the floor. Nobody reported seeing the officers touch Saylor's neck.
'Mommy!' a witness later reported hearing Saylor cry out while struggling with the deputies. ‘It hurt [sic], call my mom.'
Another witness wrote in his statement that the 26-year-old could be heard ‘squalling’ and repeatedly saying ‘no’ as the officers wrestled with him, one of them even reading him his Miranda rights, the Washington Post reported.
Neither Saylor nor his 18-year-old health aide knew that Patti Saylor was just five minutes away from the theater. But she arrived too late. 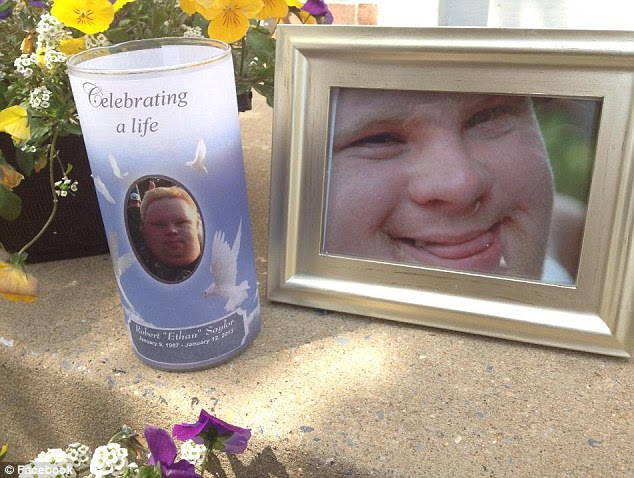 Witness accounts: Theater goers who were present during the incident reported hearing Ethan cry for his mother and struggle with the officers
Saylor became unconscious, so the deputies rolled him over, by all accounts. The deputies couldn't find a pulse, so they removed the handcuffs and started chest compressions until he started breathing again, snoring but unconscious, according to all accounts.
They asked the caretaker if she could wake him.
‘I tapped him and said, “Wake up, Ethan,"’ she wrote.
Mr Saylor never regained consciousness, despite the efforts of ambulance workers who arrived soon afterward.
The state medical examiner's office found signs of ‘positional’ asphyxia, or having been in a position in which he couldn't breathe. There was also unexplained damage to Saylor's larynx.
The autopsy concluded Saylor would not have died had the officers not intervened. The autopsy also found that Saylor's developmental disability, obesity, atherosclerotic cardiovascular disease and a heart abnormality contributed to the death.
According to Ethan's mother and siblings, 21-year-old brother Adam and 23-year-old sister Emma, the 26-year-old idolized law enforcement and amassed a large collection of badges and baseball caps with words like 'police' and 'sheriff' emblazoned across the front.
Despite having an IQ of 40, his mother, a nurse with special education degree, had always encouraged Ethan to be independent and go places with his aides.
In a message posted Wednesday on the Facebook account Justice for Ethan, Patti Saylor wrote that even as her son was being dragged to his death by police, he was on his cell phone trying to arrange for a movie ticket purchase or for someone to bring him money. 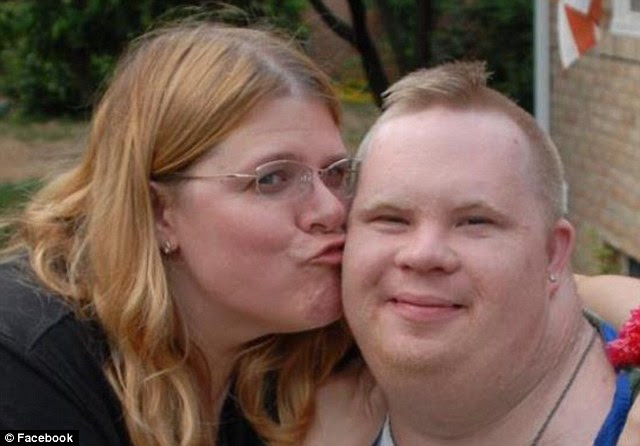 Music-lover: Robert Saylor pictured with a relative was a big music fan and a member of his church choir
'No one took the time to understand this and he did not have the capacity to explain this with words,' the 55-year-old nurse wrote. 'No one ever asked what he might have been doing to address the need for a ticket when he didn't have his own money!'
Mrs Saylor has renewed calls for an independent investigation into the death of her son, calling the official probe conducted by the sheriff's department a 'travesty.'
In March, State's Attorney J. Charles Smith announced that Lt. Scott Jewell, Sgt. Rich Rochford and Deputy First Class James Harris would not face criminal charges in Saylor's death.
Patrick McAndrew, a lawyer for the three officers, said 'each one of these deputies is the consummate law enforcement professional' and did what his training dictated.
'Those involved have yet to acknowledge responsibility or admit his death so easily could have been avoided with common sense, patience and understanding,' Patti Saylor stated in her post this week.
In February, the Baltimore County Medical Examiner's office declared that 26-year-old Robert Saylor died by homicide while being taken into custody by the three officers, ABC News reported.
The New Market man, remembered for his love of music, was handcuffed and allegedly resisted arrest.
According to ABC it was alleged his face was put to the ground when he was being apprehended by the officers, who then realized he was suffering a 'medical emergency'.
The officers removed the handcuffs, administered first aid and took him to Frederick Memorial Hospital where he later died. 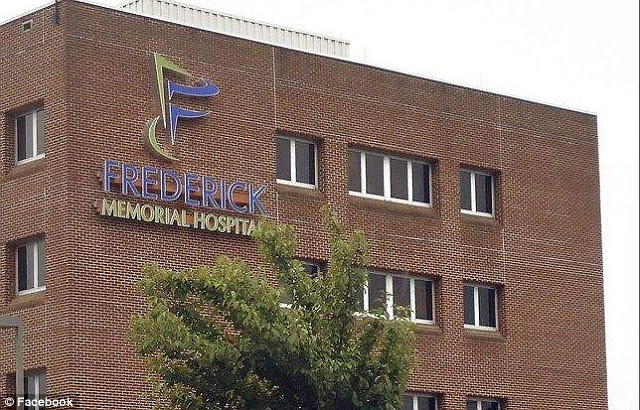 'Asphyxiation': Robert Saylor, pictured, was taken to Frederick Memorial Hospital by police officers where he later died from his injuries
'They made numerous attempts to get him to leave, he was cursing at them, at that point they psychically removed him, and he began having the medical emergency,' says Cpl. Jennifer Bailey, of the Frederick County Sheriff's Office told YourState4.com.
'Those involved have yet to acknowledge responsibility or admit his death so easily could have been avoided with common sense, patience and understanding,' Patti Saylor stated in her post this week