By Claire BrennanBBC News
Creating a video game bereft of any actual video might seem like an unusual idea.

But the concept is being adopted by a growing number of games designers, to help make the industry more accessible to blind and visually impaired people.
"Video-less" games use a production technique known as binaural recording, to construct an immersive, audio-only world.
The technique involves fitting a dummy with tiny condenser microphones that mimic the way our ears naturally hear sound. Each scene in the game is recorded using this method and the result is a more realistic, three-dimensional experience.
Continue reading the main story

What is binaural technology? 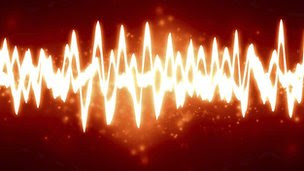 As there are no graphics players must rely on their aural senses to navigate through levels.
The latest game in this genre has just been launched by a team of creative developers in France. They used a crowdfunding campaign to raise more than 40,000 euros (£31,000) to turn their demo into a functioning prototype.
"It's such an exciting and cool project," Nordine Ghachi told the BBC.
The creative technologist is part of a team of three at Dowino studios in Lyon, who came up with the "Blind Legend" game for handheld devices.
"We wanted to put blind and disabled gamers in the same field of quality as sighted gamers. That was our main aim. That was our main challenge," he said.
"Pierre-Alain Gagne, the Chief Executive of Dowino, came up with the idea of the crowdfunding campaign and managed it for months. Jerome Cattenot is our art director and he made the whole game and all its universe so appealing."
'Use your imagination'
Blind Legend follows the story of a knight, who has lost his eyesight and journeys through a forest to free his wife from her violent kidnappers. 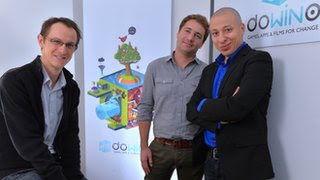 The team behind the project, from left, Pierre-Alain Gagne, Jerome Cattenot and Nordine Ghachi
The intuitive game-play makes it completely immersive. The main character's movements are controlled using a touch screen, so players move their feet or their sword through simple swiping motions on their phone. The screen remains dark at all times.
"You should definitely wear headphones to get the full benefits. You can hear what's happening all around you," said Nordine.
"The noises of the forest, the birds flying above and the river flowing. You hear these sounds, and that information helps the gamer locate themselves in that environment.
"The hero is helped by his daughter. You liaise with her and follow her. You use your imagination to make your own effects."
It has been tested on several gamers with little or no eyesight, and has garnered support from charity organisations like the Valentin Haüy Association.
Thriller
It's not the first time binaural technology has been used in this capacity.
In 2010 British games studio Somethin' Else, launched Papa Sangre - an audio-driven thriller, which does not have any graphics in the game. It proved to be extremely popular, particularly with blind gamers, and the company went on to release a number of follow-ups.
Robin Spinks, from the Royal National Institute of Blind People, said the development of such games tapped into a "huge market". There are two million blind and partially sighted people in the UK - and 285 million worldwide. 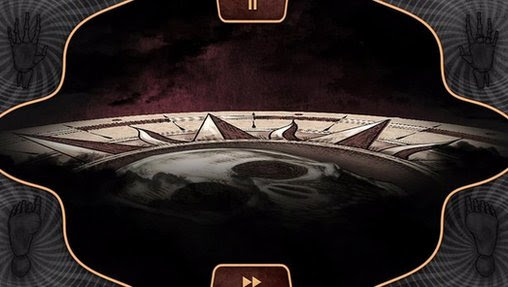 A still from Papa Sangre II, which also requires players to rely on sound instead of sight
"This type of gaming experience removes the barriers blind and partially sighted people encounter every day," he said.
"It's wonderfully inclusive. Most blind people are precluded from accessing the majority of gaming content. This type of game sets the bar for other developers.
"We've spent a lot of time trying to encourage app developers to a create accessible apps. It's actually very simple.
"One of the major reasons that's not happening is a lack of awareness. Developers don't come in to contact with blind and partially sighted users of their apps and games."
'Isolating world'
A lack of inclusivity is a problem Nathan Edge is very familiar with.
The 20-year-old gamer from Mansfield had been visually impaired since childhood, but lost his eyesight entirely in recent weeks.
He told the BBC: "It can be a very isolating world sometimes. You want to do the things other people are doing and playing. It gives you something to talk about with your friends.
"I can't play any of the text-based video games I played before. I've been very frustrated trying to find games I can use. "
Continue reading the main story

I've been very frustrated trying to find games I can use”

Nathan EdgeBlind video gamer
Nathan felt so aggrieved that he wrote to a well-known games company to complain about the lack of gaming options available to him. He said he was pleased smaller, independent companies were filling those gaps.
"I came across Papa Sangre II at the weekend and I can't stop playing it.
"I don't usually share things like that on Facebook or Twitter, but I've been telling everyone about it.
"It's great news to hear other developers are making similar things. The more developers who do that the better. It will be such a relief."
Nordine claimed people like Nathan were at the forefront of his mind when developing Blind Legend.
"Most studios make the game first and then try and make it accessible," he said.
"But making it work for blind people was our first priority. We want to make games that change people's behaviour and attitudes towards subjects like disability.
"We also wanted to make sure the environment and atmosphere was at the level that sighted gamers expect. It really is a game for everyone."
Blind Legend will be free to download - in either French or English - on iTunes next year.
http://www.bbc.com/news/technology-28757186

More on This Story