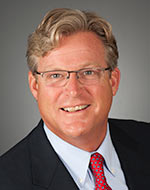 Ted will take charge of AAPD at a critical turning point for the disability rights movement. “There has never been more at stake for the disability community,” said Kennedy. “Many changes are happening in Washington and across the country that threaten the health, education, and economic security of disabled Americans. People with disabilities are being denied their fair chance to pursue the American dream and the time has come for the disability community to organize and resist the harmful policy and program changes that are beginning to take place. I can’t sit back and watch the destruction of 30 years of hard-won legislative and legal advances. The time for us to act is now.”
Since losing his leg to bone cancer at the age of 12, Ted’s advocacy for people with disabilities has taken many forms. In addition to serving on AAPD’s board for over 15 years, Ted has served as a board member of Special Olympics International and Connecticut’s Office of Protection and Advocacy for Persons with Disabilities. He served on President Ronald Reagan’s Committee on Employment of People with Disabilities and worked with the bipartisan coalition of organizations fighting for the passage of the Americans with Disabilities Act, signed into law by President George H.W. Bush in 1990. He lectures nationally on disability, cancer, and healthcare policy.Currently, Ted is a partner in the Health Care and Life Sciences Practice at the national law firm of Epstein, Becker & Green, where he advises healthcare companies on emerging issues in federal and state regulatory and reimbursement law. He also serves on the Executive Committee of the Health Law Section of the Connecticut Bar Association. He splits his time between his law practice and service as a state senator in the Connecticut General Assembly, where he Co-Chairs the bipartisan Intellectual and Developmental Disability (I/DD) Caucus.“Disability organizations across the country are alarmed and upset by recent proposals to roll back funding for special education and home care and to eliminate protections for people with pre-existing medical conditions,” said Christine Griffin, Director of Boston’s Disability Law Center and outgoing AAPD Board Chair. “Ted is in a unique position to speak out and galvanize the disability community in opposing these changes because of his background in disability law, respect among other disability activists, and the national profile to bring awareness and attention to the struggle. He also has relationships and credibility with political leaders on both sides of the political aisle.”In accepting his new assignment, Kennedy said, “I want to continue to fight for a society in which people with disabilities are valued equally and participate fully. As the national umbrella group that unites all disability organizations, AAPD is uniquely positioned to organize and coordinate a renewed nationwide effort to educate, encourage, and train new leaders and engage our corporate partners who share our goals.”

source: American Association of People with Disabilities press release
Posted by Jim Watkins at 9:19 AM

Email ThisBlogThis!Share to TwitterShare to FacebookShare to Pinterest
Labels: American Association of People with Disabilities