Kessler Foundation & University of New Hampshire release nTIDE Report – Monthly Update
DURHAM, NH – Job gains continued for Americans with disabilities in May, extending the trend to 14 consecutive months, according to today’s National Trends in Disability Employment – Monthly Update (nTIDE), issued by Kessler Foundation and the University of New Hampshire’s Institute on Disability (UNH-IOD). This constitutes the longest stretch of recorded gains for this population. Fostering a culture of inclusion in the workplace requires large-scale efforts on the national level. Since 2012, the Workplace Initiative, a collaboration of more than 250 nonprofits, government agencies and companies, has provided expert guidance to help employers recognize the talents of jobseekers with disabilities and the benefits of a workplace that is truly inclusive. 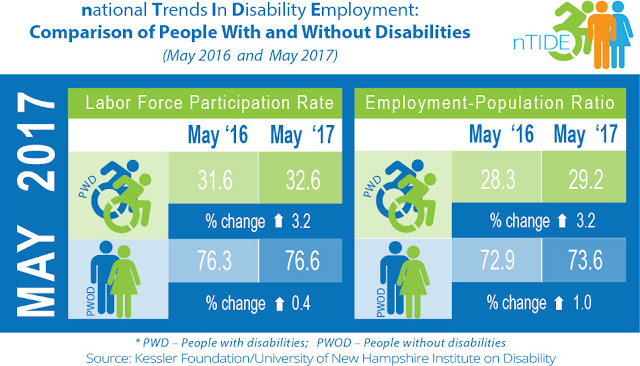