A court decision in Florida could have major consequences for retailers everywhere, forcing them to equip their websites with technology that makes them accessible to disabled individuals. 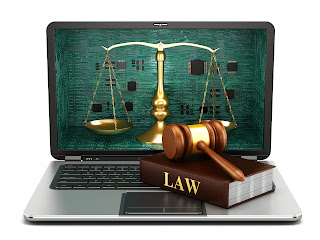 Last week, a federal judge in Florida found that the website of Winn-Dixie — the second largest supermarket chain in the Southeast — violated the Americans with Disabilities Act because it was inaccessible to visually impaired individuals.

The decision is significant because retailers might be required to equip their websites with technology that is compatible with ADA standards, including refreshable Braille displays or devices that read website content aloud, said attorney Mark Knueve, a partner with Columbus-based Vorys, Sater, Seymour and Pease.

Knueve was not involved in the case but has been tracking it because he represents employers in complex employment litigation matters.

Making the situation even more complicated and difficult for retailers is the fact that “the ADA itself does not actually address whether or not websites would be covered by access requirements,” Knueve said.

During the Obama administration, the Department of Justice issued several statements indicating that the ADA did apply to websites, and said it would issue regulations to that effect. But the department never got around to doing so.

“So, as of right now, there are no formal regulations or law on this,” Knueve said. “That leaves it for the courts.”

The problem comes at a difficult time for retailers who, faced with declining sales in stores, have spent years pouring money into their digital operations to better serve customers as well as stave off competition from such online retailers as Amazon.

Several local retailers would not comment on the issue. But at least one retailer is confident that it has the problem licked.

An L Brands spokeswoman said the Columbus-based retailer’s websites, including Victoria’s Secret and Bath & Body Works, are all ADA compliant.

Even so, the issue has come up more and more frequently for clients of digital-marketing agency Mindstream Interactive, said Scott Curtis, associate vice president of technology at the Columbus-based agency.

“I don’t know that it’s hit a point where everyone’s in a panic mode, but everyone has it in mind,” Curtis said. “We do have guidelines but it’s highly complex. How far do you go? Some of our clients are very into accessibility and they want to go full bore and do everything. But some websites are built in a certain way so that it doesn’t really translate into the accessible world.”

One is that because the law is unclear, “it gives rise to litigation because employers don’t know what standard to comply with,” Knueve said. “No matter what you do, someone will come along and say, ‘Oh, that isn’t the standard.’”

The other problem is that revamping the websites can be rather costly, a problem, in particular, for smaller companies that usually have websites built 10 years ago.

“But we are talking about it more and more,” Curtis said. “No company wants a data breach or accessibility problems that wind up in the headlines.”

Unless the Department of Justice issues a ruling, Congress passes a law or Winn-Dixie gets the judge’s decision overturned, the Florida court case is the precedent to which other retailers should pay attention — or they could find themselves in court, Knueve said.

“There are a number of law firms that focus on ADA accessibility, but you haven’t seen too many of those firms focusing on this website issue,” he said. “This decision may change that.”
http://www.dispatch.com/news/20170622/retailers-websites-must-comply-with-americans-with-disabilities-act-court-rules

Email ThisBlogThis!Share to TwitterShare to FacebookShare to Pinterest
Labels: technology