CHICAGO, IL –June 26, 2017.  U.S. Senator Tammy Duckworth (D-IL) joined Illinois advocates for seniors, working families, disability rights, and mental health care today to outline the devastating effects Trumpcare would have on the state of Illinois. Speaking on a press call, Duckworth discussed how the version of Trumpcare Senate Republicans revealed on Thursday after weeks of secret negotiations would increase health care costs for working families and jeopardize the health care of hundreds of thousands of Illinoisans – all while giving millionaires and billionaires a massive tax cut. Audio of the press call is available upon request.

“Trumpcare would force working families to pay more money to receive significantly worse care and put Veterans, women, seniors and people with disabilities on the chopping block – all to give massive tax cuts to President Trump’s billionaire friends,” said Duckworth. “The Republican healthcare bill isn’t just unacceptable. It’s downright shameful. While Republicans leaders are taking extreme measures to shut down real debate and rush this bill through Congress, I will do everything I can to stop Trumpcare in its tracks.”
Other speakers on the call included National Committee to Preserve Social Security & Medicare President/CEO Max Richtman, Citizen Action Illinois Co-Director Lynda DeLaforgue, Access Living President/CEO Marca Bristo, National Alliance on Mental Illness Chicago Associate Director Jennifer McGowan, and EverThrive Illinois Health Reform Initiative Director Kathy Waligora.
“The Senate’s version of the American Health Care Act is an exercise in political expediency that does nothing to safeguard access to quality healthcare for older Americans,” said National Committee to Preserve Social Security & Medicare President/CEO Max Richtman. “It would end the Medicaid program as we know it, astoundingly making even deeper cuts to Medicaid than the House did – costing millions their Medicaid coverage in the process. This is devastating news for today’s and tomorrow’s seniors suffering from Alzheimer’s, cancer, the after-effects of stroke and other serious conditions who depend on Medicaid to pay for long-term care. The Senate legislation will also make healthcare unaffordable for many near seniors aged 50-64, allowing insurers to charge older Americans five times as much as younger adults. Older patients with pre-existing conditions like diabetes, cancer, and heart disease will pay sky-high premiums. Americans of conscience must demand that their Senators put people before party and defeat this mean and heartless legislation before it’s too late.”
“Illinois already is in a state of crisis after more than 700 days without a budget, but the American Health Care Act (AHCA) threatens to take the chaos to a new level, chiefly via massive cuts in federal support to Illinois via Medicaid,” added Citizen Action Illinois Co-Director Lynda DeLaforgue. “This bill will upend the lives of seniors and people with disabilities, make women a second class for healthcare and blow an even bigger hole in the Illinois budget, eliminating $40 billion in Medicaid funding over 10 years. Other governors have taken a clear stand against the cascading impact to their state stemming from the GOP healthcare plan. When the AHCA passed the U.S. House — Rauner said ‘We will continue to voice our concerns as the bill moves to the Senate.’ Governor Rauner has said nothing publicly about how he will blunt the impact of these disastrous cuts to our state Medicaid program. The healthcare of more than 700,000 seniors, children and people with disabilities hangs in the balance and the Governor has given them nothing but platitudes.”
“Reducing access to mental health services is a step in the wrong direction, making it harder for people to get medications, therapy, case management and support services that they need to live in recovery,” added from National Alliance on Mental Illness Chicago Associate Director Jennifer McGowan. “Continued reductions to our already fragile and under-funded mental health treatment system would be devastating to nearly one third of the Medicaid population living with mental health or substance use disorders. Government cannot turn its back on those that are living productive and fulfilling lives because of the treatment they are receiving. We need more coverage for mental health care, not less.”
“EverThrive Illinois is horrified at the proposals put forward by Republican members of Congress in the American Health Care Act and now the Better Care Act,” said EverThrive Illinois Health Reform Initiative Director Kathy Waligora. “These bills are shockingly cruel and seem intentionally designed to make women—and by extension their children—less healthy. In crafting their health plan, it is clear that the GOP is not concerned with truly improving health outcomes, reviewing the evidence, or employing compassion in a complicated system; they are concerned with winning and women and children will be the ones to lose.”
Source: http://duckworth.senate.gov 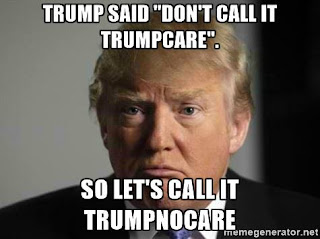