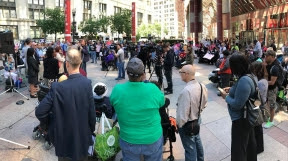 May 6, 2017 - Illinois Healthcare advocates and representatives of more than 30 different organizations across the state rallied in front the State of Illinois Thompson Center on Tuesday May 6th to protest the affects the American Health Care Act will have on people with disabilities. 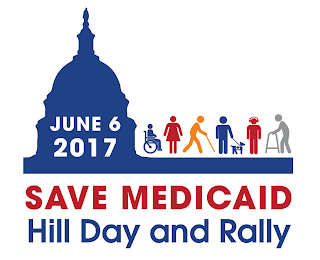 The Chicago rally was one of seven rallies around the country, organized under the banner, “Don’t Cap My Care.” Thousands of advocates spoke out in support of strong Medicaid services that protect the lives of people with disabilities, keep them out of institutions, and allow them to live independently in integrated communities.
Posted by Jim Watkins at 8:50 AM