Must be summer again, Chicago CTA pretending 'Strollers' to be folded to respect Priority Seating for People with Disabilities of all ages 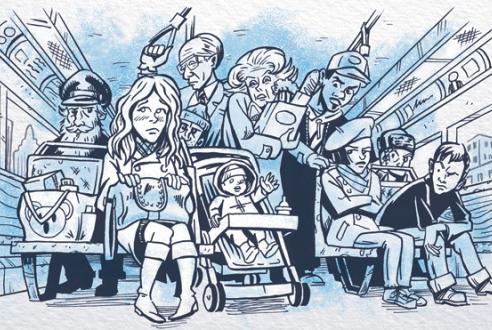 CTA Drivers To Begin Asking Passengers To Give Up Seats For Seniors, Disabled

CTA is turning up the heat a bit on riders who hog priority seating space with strollers when seniors or riders with disabilities are on board.
Effective immediately, if a rider in a wheelchair or with other disabilities, or a senior citizen, wishes to make use of the priority area, drivers are to announce that they have priority and ask others occupying the space to move. CTA President Forrest Claypool said drivers in such cases also could tell riders with strollers to fold them if they wished to stay on the bus.
For now, however, Claypool said he will not seek to implement the Pace stroller policy, which requires strollers to be folded at all times. He said “more draconian” measures such as that could be considered if problems on board buses and trains continue.
Claypool reacted to an appearance before the CTA’s transit board Wednesday by Ray Yung, a 46-year-old Rogers Park resident who, for more than 35 years, has had a disability that limits his ability to stand and frequently forces him to resort to crutches.
He said his legs “swell up like a donut” if he is forced to stand — and he said he often is.
Yung said he has encountered a cold reception from riders and bus drivers alike.
“I see a stroller there and I ask the lady nicely if I can have the seat because this is priority seating,” he said. “I need the seat. And they say, ‘No. I got here first. You can stand.”
He said he’s had bus drivers tell him he has no right to ask, and said some have put him off their buses.
CTA, Pace and Metra have long had policies that gives those with disabilities first priority, with senior citizens right behind. CTA statistics show that complaints from those who are eligible for priority seating but were denied access are down. Claypool said signage aboard buses and trains will be renewed.
Claypool said the first focus will be the routes Yung regularly uses, which include the 22/Clark, 36 Broadway, 78/Montrose, 147/Outer Drive Express, 151/Sheridan and 155/Devon bus routes.
Yung said he was “very pleased” by Claypool’s actions, although he said he will wait to see how it works in everyday transit use.
http://chicago.cbslocal.com/2014/05/14/cta-drivers-to-begin-asking-passengers-to-give-up-seats-for-seniors-disabled/#comments
###

Sept 2014 UPDATE: As Any CTA rider knows, the CTA AGAIN is RARELY enforcing the CTA "Stroller Policy"
We would like to acknowledge and thank Mr Yung for speaking at the CTA Board meeting on this continuing issue of CTA lack of respect for People with Disabilities of all ages being able to have a save use of CTA vehicles; and the continuing issue that CTA has categorized children in strollers as being disabled.
The next CTA Board meetings are held monthly, we encourage all to attend to help send a message that People with Disabilities of all ages would like to have the use of Priority Seating on CTA vehicles for save travel, and without the continuing drama that CTA puts us through to use the Chicago Public Transit system operated by CTA. 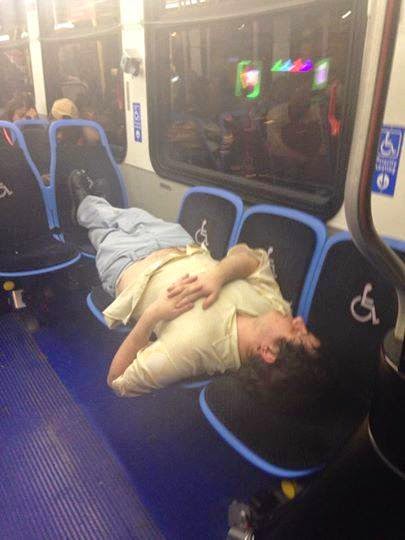 For all the many previous posts on CTA , "Priority Seating" & Strollers: CLICK HERE


I personally filed 2 complaints in the last month on Priority Seating and Stroller issues, only once did CTA contact me. I am sharing that complaint I emailed CTA, with photos on April 28, 2014...
Jim at Ability Chicago

: on Sat April 26, 2014, I boarded Bus Route #21 Cermak, bus 1710 at #### - eastbound - at 11:26 am | The bus was crowded with people standing, I entered using my wheelchair, in the Priority Seating area drivers side there was a 'stroller' with the mother sitting in the first seat facing aisle (texting on her cellphone the entire ride), there were 2 men seated in front facing Priority Seating ; on the other side of bus in Priority Seating another passenger put up priority seating side seat for me, but a man with his son were in the facing forward priority seating and told me 'refused to get up' - they did say they needed Priority Seating for any disability/medical condition to me.

I was able to get wheelchair partially in Priority Seating area, I was facing back of the bus, the front of wheelchair was about 50% in aisle with right armrest, with controller in aisle and my foot rest. The woman with 'stroller' got off the bus around Wentworth, & also another another man in wheelchair did get on the bus. I did exit the bus at Wabash. I never heard the bus driver once make an announcement of that Priority Seating was needed for a wheelchair.

I have never felt my physical safety, possible damage to my wheelchair was endangered as I was for this use of CTA public transit due to the inability of properly using Priority Seating securement area.

Priority Seating is intended for People with Disabilities, as per federal guidelines. 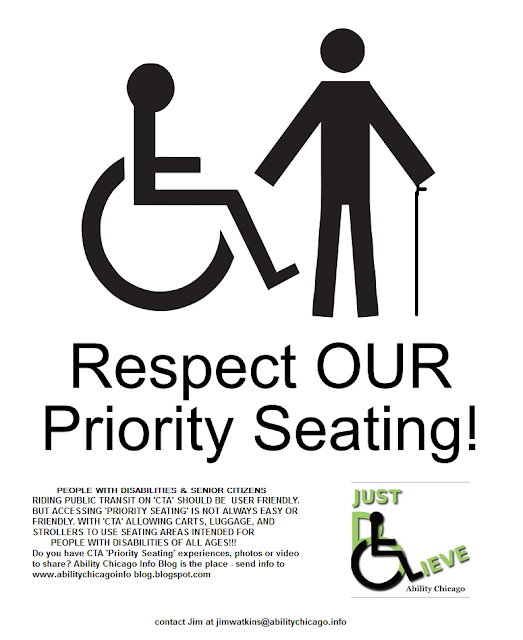 I have been from southwest side to downtown and in between over the Memorial Day weekend. I use a cane, as left leg is phostetic, I do need to sit for many reasons. So many strollers in priority seating and getting on bus to take over the seating for disabled and seniors. A few drivers did speak up over strollers in priority seating, but the majority of drivers ignored the problems. Many of the strollers were bigger then needed, and had everything but the kitchen sink piled into the stroller. A few verbal arguments happened with seniors/disabled and those with strollers. Its like CTA wants to discourage disabled and seniors from using CTA, its just wrong.