Two little boys can make a house hectic, so when Lydia Denworth had a third son, she was grateful that he was such a peaceful baby. But as weeks went by, Denworth’s son Alex seemed not placid but unresponsive. When he was 22 months old, Alex was diagnosed with moderate to profound progressive hearing loss. As the toddler’s language development lagged, his parents began to worry that the window for learning to communicate was closing. 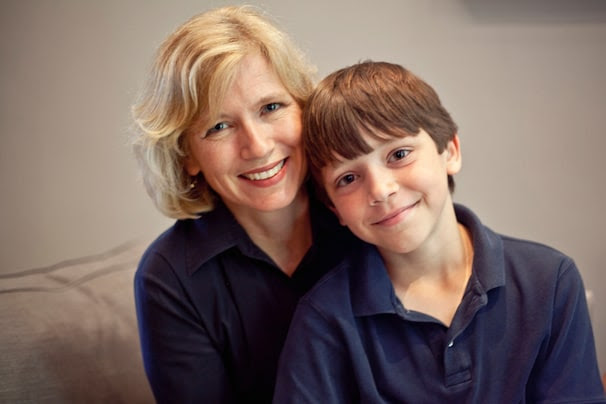 As a baby, Lydia Denworth’s son Alex was too quiet. (Jessica Barthel)
Denworth, a science writer and former Newsweek reporter, immersed herself in learning everything she could not just about deafness but also about how humans learn, how the brain processes information and the social implications of how deaf children are taught to approach the world.
In her book “I Can Hear You Whisper: An Intimate Journey Through the Science of Sound and Language,” she describes her family’s decision to get Alex a cochlear implant and to make sure he also learned American Sign Language. She describes the controversy over cochlear implants in the deaf community and puts her story in the context of history, science and many stories of other deaf children.
The book follows the first seven years of Alex’s life, ending with a triumphant scene: Alex playing his new favorite game, Whisper Down the Lane. “He was terrible at it,” Denworth writes. “But still . . . who would have ever thought? He could hear me whisper.”
http://www.washingtonpost.com/national/health-science/a-sons-deafness-sparks-a-mothers-journey-to-understand-his-world/2014/05/23/a6dab056-daa8-11e3-8009-71de85b9c527_story.html
Posted by Jim Watkins at 9:03 AM