An Antioch woman who initially denied she intentionally withheld a runaway therapeutic dog from an autistic child has pleaded guilty to theft in Lake County court, officials said. 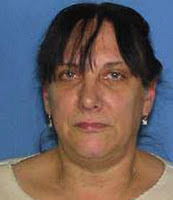 Betty Peltier, 58, of Antioch, was ordered to perform 100 hours of community service, spend one year on court supervision, and may not have any contact with the Autism Society of America following her plea bargain Wednesday.

She could have served up to one year in jail if she didn’t reach a plea agreement with prosecutors, officials said.

Peltier was accused of not returning the Chihuahua named Peanut when she found the dog wandering in Round Lake Beach in June.

Peanut, a therapeutic dog for a child suffering from autism, slipped out of its home and was reported missing by its family June 21.

Peanut was found that day by Peltier, but she did not return it to the autistic child until a reward was issued.

Peltier held onto the dog until July 2, and routinely called the family and inquired about a reward, police said.

The family called police and, when the reward was offered July 2, Peltier called the family and made arrangements to drop off the dog.

Peltier was arrested at the Round Lake Beach home after dropping off Peanut, Walker said.

Peltier is due back in court Oct. 6 for a status update.

In recent years, more and more families have found that therapy dogs have been a real support to their autistic children. The dogs can help soothe and calm an agitated child who may, like my teenage son, not be able to communicate distress. As suggested in recent news reports, it is not uncommon for autistic children to wander and therapy dogs can help keep a child safe, by alerting parents and others that a child — who may not have thought it was necessary to inform anyone that they are going on a very long walk — is “eloping.” Some autistic children are accompanied by their therapy dogs to school; some parents have had to sue a school district to ensure their child is able to have the dog with her or him.

Indeed, the University of Nebraska at Kansas was recently sued by the US Justice Department for failing to comply with the Fair Housing Act in the case of a student with disabilities, who was not allowed to live in campus housing with her therapy dog. The student relies on the dog to deal with her depression and anxiety. But the university cited the American with Disabilities Act and claimed that the “dog was a pet, not a service animal, such as a guide dog for the blind.” The Justice Department’s decision to sue the university indicates that “in its view, colleges must observe the broader requirements of the Fair Housing Act in such cases.”

That is, a therapy dog can be — is — simply essential for the day-to-day functioning of an individual with disabilities, just as someone who is blind depends on a seeing-eye dog.

The reports about Peltier stealing the Chicago-area autistic child’s therapy do not provide a lot of detail about her possible motives. Taking a therapy dog from a child with disabilities is a heartless and cruel act. The therapy dog, Peanut, was much needed by the boy, enough that his mother would offer a reward for the dog’s return. My own son relies on routines, on things being constant and familiar in his surroundings; while anyone would be alarmed at a missing pet, not having a therapy dog could be beyond devastating to an autistic child, with ramifications for the child’s family. I’m hopeful that, whatever form Peltier’s community service takes, some aspect of it might educate her about why her theft of the therapy dog was not simply ill-advised, but inhumane.

Read more: http://www.care2.com/causes/woman-charged-with-theft-of-autistic-boys-therapy-dog.html#ixzz1fTyjvZ7d
Posted by Jim Watkins at 8:52 AM