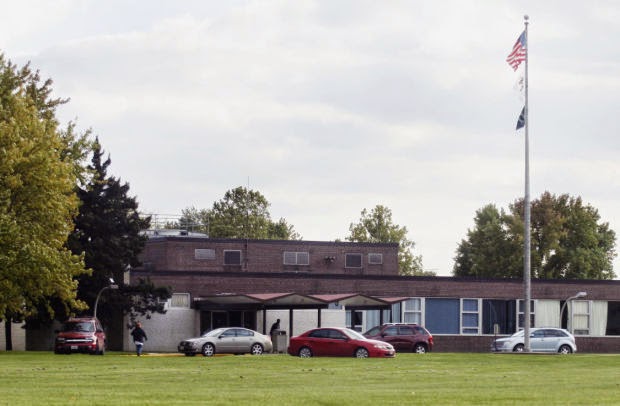 After the death of a resident of Murray Developmental Center in Centralia on Monday, two staff members have been placed on administrative leave while the Illinois State Police investigates.


Murray Developmental Center is a state-run residential facility for people with intellectual and developmental disabilities.

Acting Illinois Department of Human Services Secretary Gregory Bassi said in a statement released late Thursday night that during an initial review by the agency into the circumstances of the death, “we grew concerned by inconsistent statements given by staff members.”
Bassi said the matter was referred to the IDHS Office of Inspector General to carry out a full investigation. Based upon that office’s initial review, the matter was referred to Illinois State Police.
IDHS spokeswoman Veronica Vera said few other details are available at this time with the investigation in its infancy. She did say that the cause of death has been listed as natural causes after family of the resident declined an autopsy. The resident was pronounced dead at St. Mary’s Hospital, she said.
Though the investigation was prompted by inconsistent statements from staff, Vera said the state has “not formed a conclusion that wrongdoing actually occurred.”
Rita Winkeler, president of the Murray Parents Association, said she has talked to associates of the family, who relayed to her that family believes the middle-aged male resident died of natural causes, likely a heart attack.
She said it is her understanding that the employees who were placed on leave are direct-care workers and that they continue to be paid.
Winkeler said the investigation is standard policy, and praised DHS under Gov. Bruce Rauner’s administration for being transparent.
“We are very saddened but glad they’re taking this seriously and that DHS is going to become a new DHS that really does care about the residents and we think that’s a good thing,” she said.
Former Gov. Pat Quinn proposed closing the Murray Developmental Center during his tenure, prompting outrage from some parents of residents and union officials representing employees. As a gubernatorial candidate, Rauner said he planned to keep the facility open.
Deborah Kennedy, vice president of the abuse investigation unit at Equip for Equality, a federally designated protection and advocacy organization for people with disabilities in Illinois, said the agency has been made aware of the death investigation.
She said the agency will also review the death at which time it determines that its own investigation would not impede investigation by the state police.
“We’re certainly concerned about the death of anyone and our authority and role allows us to look into the circumstances of the death and we will do that,” she said.
http://thesouthern.com/news/local/crime-and-courts/update-isp-investigating-death-of-murray-developmental-center-resident/article_22f1f066-651f-53b5-b9e6-20f1517eb974.html
Posted by Jim Watkins at 10:49 PM