Justice for Stephon: A Freedom Ride on Sat. April 4th - vigil to honor 15 yr old with Autism and Black in Illinois 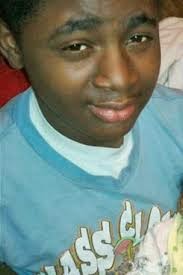 CHICAGO –(ENEWSPF)—April 2, 2015. On Saturday, April 4th, a Freedom Ride caravan will travel from Chicago to Calumet City to rally, march, and demand justice for Stephon Watts and his family. The date also marks the anniversary of the assassination of Martin Luther King, Jr. Busses and cars will depart at 12PM from the Village Leadership Academy, 1001 W. Roosevelt Rd.
February 1st marked the three-year anniversary of Stephon's murder by the Calumet City police. Stephon was a 15-year-old with autism who was killed in his home. Saturday's event will focus on the story of Stephon Watts, while connecting his death to the legacy of Dr Martin Luther King Jr and the current Black Lives Matter movement. Speakers will include the mother and father of Stephon Watts, students from the Village Leadership Academy, members of the United Auto Workers, and organizers from We Charge Genocide and Access Living.
A fleet of buses and cars will drive together from Chicago to Calumet City, singing freedom songs and building community along the way. Upon arriving in Calumet City, at 14600 S Torrence Ave at 1:00pm, participants in the caravan will meet and rally with the family of Stephon Watts. They will then march to the police department at 1200 Pulaski Rd for a demonstration.
"What happened to Stephon Watts is part of a larger, national crisis. Half of the people killed last year by police had a mental health disability. As part of the Black Lives Matter movement, we must understand and draw attention to the criminalization of disability and how it intersects with the criminalization of race, gender, sexuality and poverty," says Page May, an organizer with We Charge Genocide. "This Saturday, we will honor the memory of Stephon Watts and support his family. We will also lift up the names of others with disabilities who have been killed by the police."
Those that plan to join the Freedom Ride must register to reserve fee transportation. Journalists are welcome:http://bit.ly/1wOxyVb
This event is organized and hosted by: We Charge Genocide and Village Leadership Academy
For updates from the Freedom Ride: Follow #Justice4Stephon and #JusticeForStephon on twitter
Facebook Event: https://www.facebook.com/events/396767897177918
###

The tragic death of a 15 year old Stephon Watts was avoidable. Officers Haynek and Coffey of the Calumet Park Police Dept. shot and killed Stephon right in front of his father.  The officers acted in a completely unprofessional, intentional manner, putting themselves and members of the Watts family in grave danger.
They caused Stephon to die needlessly.  Knowing about Stephon's autism disability from their two previous visits to the Watts house, they nevertheless proceeded to antagonize Stephon putting him in a closed environment under severe stress.
When Stephon tried to exit the confined space, Haynek shot him in the chest.  As Stephon fell to the ground, Coffey shot him in the back.
This is yet another outrageous example of bad policing practices that have caused a death of a young disabled person.
When are police going to stop shooting?  When are they going to start respecting life?  When are they going to learn that proper policing methods are designed to preserve life, not end it?
All of you are here today to draw attention to a spree of police killings of innocent people who did not need to die. Stephon did not need to die.  Watts family did not need to be destroyed.
All of us must hold police accountable and put pressure on those departments, like the Calumet City, who act with reckless disregard for the safety of citizens.
Your protest today is one way to hold
police accountable. Our court system is another way.  Political pressure is another.
On behalf of the Watts family, I thank you for all that you do.
Tony Peraica
Anthony J Peraica & Associates, Ltd
5130 South Archer Avenue
Chicago, IL 60632