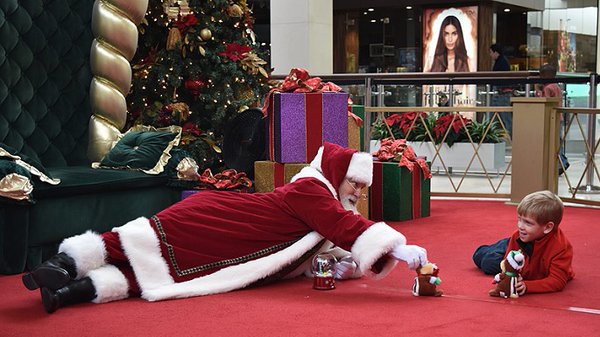 A photo of a Charlotte, NC mall Santa lying on the ground with a boy with autism has gone viral.
The picture was captured during a special Caring Santa event at SouthPark mall in Charlotte, North Carolina, according to Autism Speaks.
The event is meant to give children with autism tailored one-on-one meetings with Santa for Christmas photos.
Autism Speaks says the boy, named Brayden, seemed shy as he approached Santa’s chair.

Rather than wait to see if Brayden would sit on his lap, Santa got off his chair and laid on the ground with him.
Posted by Jim Watkins at 1:48 PM

Email ThisBlogThis!Share to TwitterShare to FacebookShare to Pinterest
Labels: Autism