According to the Chicago Sun Times:

More than 250 doctors working in Cook County’s health and hospital system have signed a letter to County Board President Toni Preckwinkle and the 17 commissioners, telling them the proposed budget cuts could have dire consequences for the poor and uninsured they serve.

Preckwinkle — who worked with the independent hospital board to come up with a spending plan — proposed a taxpayer subsidy of $252 million next year, down from the $276 million the health system received this year.

“The possibility of budget reductions of tens of millions of dollars...will result in further service reductions and real pain to the patients and communities we serve,” the letter states.

Some 280 physicians signed the letter, arguing funding cuts in the last six years have resulted in the loss of 1,400 positions, but that hasn’t stopped the need.

According to the health system’s website, about 500,000 patients received care at the county’s three hospitals and more than a dozen clinics.

Doctors are expected to testify during a budget hearing Thursday afternoon. 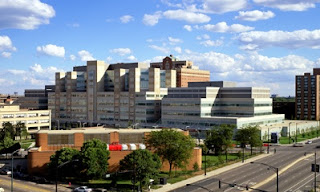 months as officials revealed faulty revenue projections, and the fact that by year’s end, they’d see a $96 million shortfall, money that will be pulled from reserves. Some of the nearly $100 million deficit is the result of the state’s delay in Medicaid reimbursements.

At a recent event, Quinn leaned in to Preckwinkle and told her he’s working on her “issue.”

This week, Preckwinkle acknowledged he was referring to her requests to stepping up the pace of those reimbursements. Asked repeatedly whether the state was moving any faster, she quipped: “The witness is not answering the question.”

Healthcare staff and advocates have been getting louder about an estimated $47 million in consulting contracts doled out by the hospital board — money they said could be spent on front-line workers.