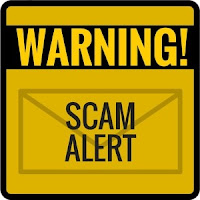 Seniors and people with disabilities are always a favorite target of scam artists. Complaints about "Robocalls" have been the No. 1 complaint the Federal Trade Commission (FTC)  receives from all Americans. The FTC announced plans to process complaint's within one business day and immediately turn over information you gathered from the caller to phone carriers and other industry partners. As part of the partnership, the groups will work to quickly block the unwanted number from calling. Below is a press release FTC on the annoying Robocalls.
# # #

Under a new initiative announced by the FTC, when consumers report Do Not Call or robocall violations to the agency, the robocaller phone numbers consumers provide will be released each day to telecommunications carriers and other industry partners that are implementing call-blocking solutions.

Unwanted and illegal robocalls are the FTC’s number-one complaint category, with more than 1.9 million complaints filed in the first five months of 2017 alone. By reporting illegal robocalls, consumers help law enforcement efforts to stop the violators behind these calls. In addition, under the initiative announced today, the FTC is now taking steps to provide more data, more often to help power the industry solutions that block illegal calls.

The consumer complaint data is crucial because many of today’s call-blocking solutions rely on “blacklists” -- databases of telephone numbers that have received significant consumer complaints -- as one way to determine which calls should be blocked or flagged before they reach consumers’ phones.

The new data that FTC is making available also will include the date and time the unwanted call was received, the general subject matter of the call (such as debt reduction, energy, warranties, home security, etc.), and whether the call was a robocall.

When filing a complaint, the FTC makes it easy for consumers to identify the subject of the unwanted call with a drop-down menu on its website. This information is particularly helpful to law enforcement and industry. The data is posted to the FTC website every weekday, with Monday postings including weekend data, and is available on the Do Not Call (DNC) Reported Calls Data webpage.

The Federal Trade Commission works to promote competition, and protect and educate consumers. You can learn more about consumer topics and file a consumer complaint online or by calling 1-877-FTC-HELP (382-4357). Like the FTC on Facebook(link is external), follow us on Twitter(link is external), read our blogs and subscribe to press releases for the latest FTC news and resources.
https://www.ftc.gov/news-events/press-releases/2017/08/ftc-escalates-fight-against-illegal-robocalls-using-consumer
Posted by Jim Watkins at 6:38 PM