CHICAGO (AP)  - Dec. 23 - Three of six people with developmental disabilities have been found after they went missing when their network of group homes in Illinois lost its license due to safety concerns.

One person was found Dec. 16, and another was discovered wandering Chicago in the cold Wednesday night, the Chicago Tribune (http://trib.in/2ikIjgm ) reported. Another was found outside his old group home Thursday. 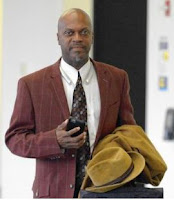 Michael Kelly, Goodwin's attorney, said the allegations are false and that Goodwin has been cooperative.

Attorneys for the Department of Human Services said the man found wandering told a witness Goodwin offered to find him a job if he didn't move to another group home and that he feared Disability Services would punish him for cooperating with caseworkers looking for missing residents.

Last week, former residents told caseworkers that employees of Disability Services instructed them to turn out the lights and hide when caseworkers came to the door of their group home, and also spirited them away to a hotel in Indiana. The former residents said they were told by the Disability Services employees that people were trying to kidnap them.

Cook County Circuit Court Judge Kathleen Pantle ordered Disability Services to give state officials the money from Social Security disability benefit checks for all of its former residents that it received this month. The benefit checks are used at group homes as income to offset some of the costs of providing services while setting aside $50 monthly for each resident.

The judge said the December federal payments belonged to the residents and could not be used to offset whatever amount the group home provider feels the state still owes.

Prior to the resident found outside the group home, Goodwin said each of his former residents had left with their families for the holidays and were not out on the streets.

In November, Disability Services was spotlighted in an investigation by the newspaper that revealed the inspector general's office mishandled a 2012 investigation into neglect allegations at Goodwin's business.

The investigation found at least 42 deaths linked to abuse and neglect in group homes or their day programs over the last seven years. Residents have been humiliated and lost freedom, state records show.