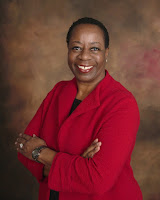 CHICAGO, Nov. 28, 2017 -- The Board of Directors of Easter Seals, Inc. (Easterseals) today announced the selection of Angela F. Williams as its President and Chief Executive Officer. In this role, Williams will lead the national organization as it approaches its 100th anniversary in 2019 as the country's leading nonprofit provider of services for people with disabilities, including Veterans, and their families.

"Angela's strong record of accomplishment as a leader and senior executive makes her the right person to lead Easterseals as we prepare to mark 100 years of responding to the needs of children and adults with disabilities throughout America," said Joe Kern, Chair, Easterseals National Board of Directors. "Her capacity to lead complex organizations will serve us well as we advance a strategic vision for our future in areas of priority including advocacy, network advancement, brand management and resource development in partnership with our national network of 72 affiliates which collectively serves 1.5 million people annually."

Williams has 30 years of leadership experience in the nonprofit and corporate sectors, most recently serving as Executive Vice President, General Counsel and Chief Administration Officer at YMCA of the USA (Y-USA), the national resource office for the Y, where she was instrumental in shaping strategy and developing resources to help 2,700 YMCAs across the country enhance outcomes for youth and families in 10,000 communities.

"I am excited to join Easterseals and collaborate with its affiliates nationwide to expand our collective impact and assure that more people with disabilities can live, learn, work and play in their communities," Williams said. "It is my honor to have the opportunity to lead Easterseals at the national level and build on its impressive legacy."

Williams began her professional career as an officer in the United States Air Force, serving in the Judge Advocate General's Corps., an experience foundational to her ethic of service. Just prior to joining Y-USA in 2006, Williams was the Interfaith Liaison for the Bush-Clinton Katrina Fund, a nonprofit organization formed to provide critically needed donations to assist the survivors of Hurricane Katrina. In this capacity, she was responsible for understanding the impact of Katrina on the faith community and overseeing the processing of $25 million in grants to houses of worship. Among other leadership roles Williams has held: Vice President and Deputy General Counsel of Litigation and Government Relations for Sears Holdings Corporation, also serving as the company's Chief Compliance and Ethics Officer; Special Counsel on Criminal Law to Senator Edward M. Kennedy as a member of his Senate Judiciary Committee staff; Department of Justice prosecutor with the National Church Arson Task Force; and federal prosecutor in the United States Attorney's Office in the Middle District of Florida.

Williams is a 2005 Henry Crown Fellow of the Aspen Institute, a program committed to developing the next generation of community-spirited leaders by teaching them the values-based leadership skills needed to meet the challenges of corporate and civic leadership in the 21st century. Each year, 20 Crown Fellows are chosen from among young executives and professionals around the world who have already achieved considerable success in the private or public sector.

Ms. Williams will be the tenth person to lead Easterseals in the U.S. This distinction is enhanced by the fact that she is the first African American, and the first female within the past 41 years, to hold this post.

She resides in Chicago with her husband, the Reverend Roderick Williams.

Koya Leadership Partners assisted the Easterseals National Board of Directors and a search committee of Easterseals' Board and affiliate representatives in the national executive search.

For nearly 100 years, Easterseals has been the indispensable resource for people and families living with disabilities. Through its work in communities across America, Easterseals is changing the way the world defines and views disability by making positive, profound differences in people's lives every day. Learn more at Easterseals.com.

SOURCE Easterseals press release
Posted by Jim Watkins at 8:01 AM