'They Would Never Let Me Go': 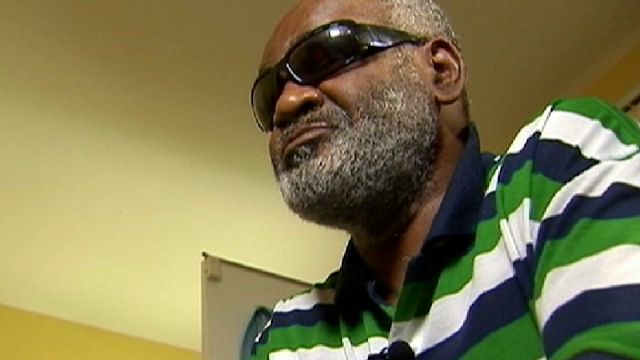 A blind man taken from his family and left to die in a home with no water or electricity has been reunited with his family in Chicago.

Erskine Adams, 57, went for a ride with a family friend 8 years ago, but that friend took Adams out of state--to Kentucky--and collected his disability payments. His family says they notified the police but got no leads. Erskine says he spent most of his time confined to a basement.

“They would never let me go, they kept me there for my money,” Adams told NBC5. “I slept on the floor for eight years.”

But three weeks ago police heard his cries for help and found him. Police took him to a homeless shelter where workers made it their mission to find his family on Facebook in Chicago.

“When I got that phone call … I just said could I hear his voice … I want to know if that’s him,” Keisha Adams, Erskine's niece, said through tears.

Police in Kentucky say they’re still looking for the family friend who took Adams from Chicago and collected his disability payments. As for Adams, he’s glad to be free again.


“I’m so happy to be home,” he said.
http://www.nbcchicago.com/news/local/blind-chicago-man-held-kentucky-checks-reunited-391823991.html
Posted by Jim Watkins at 9:08 PM