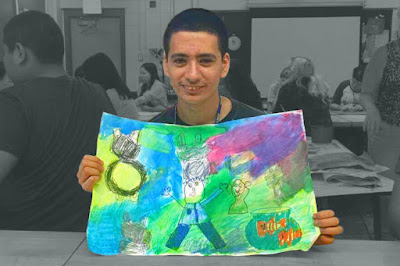 Fourteen-year-old Rosario Gomez (photo) didn’t know how to swim, wasn’t wearing a lifejacket and had significant problems communicating. Just minutes after he entered the water, a lifeguard pulled his body from the pool’s deep end.

Now, as a new school year has just begun, the circumstances that led to the drowning continue to be mysterious and underscore issues about the school district’s ability to care for its highest-need students. Questions remain about how no one noticed Rosario was no longer in the shallow end of the pool even though six school employees were on duty.

This is a very detailed informative article from the Better Government Association (BGA) :

This story was written and reported by the Better Government Association’s Katie Drews and Lauren FitzPatrick with the Chicago Sun-Times.