A House panel on Monday is scheduled to examine the Obama administration’s efforts to eliminate a longstanding backlog of disability claims at the Department of Veterans Affairs.
The hearing, held by the House Veterans Affairs Committee, comes less than two months after federal investigators found widespread manipulation of scheduling numbers at VA medical centers.
Lawmakers are likely to focus on the latest VA claims data, which is due for release hours before the hearing. The agency unveiled limited information about the new numbers early Monday, saying it has processed more than 1.3 million cases so far this year, representing an 18 percent increase compared to the same period in 2013.
Backlogged disability claims — those that have been in the system for at least 125 days — have become a growing concern for the VA in recent years. The inventory of such claims increased rapidly during the Obama administration, in large part due to an influx of cases from Iraq and Afghanistan veterans and because of new rules that allowed more Agent Orange claims. 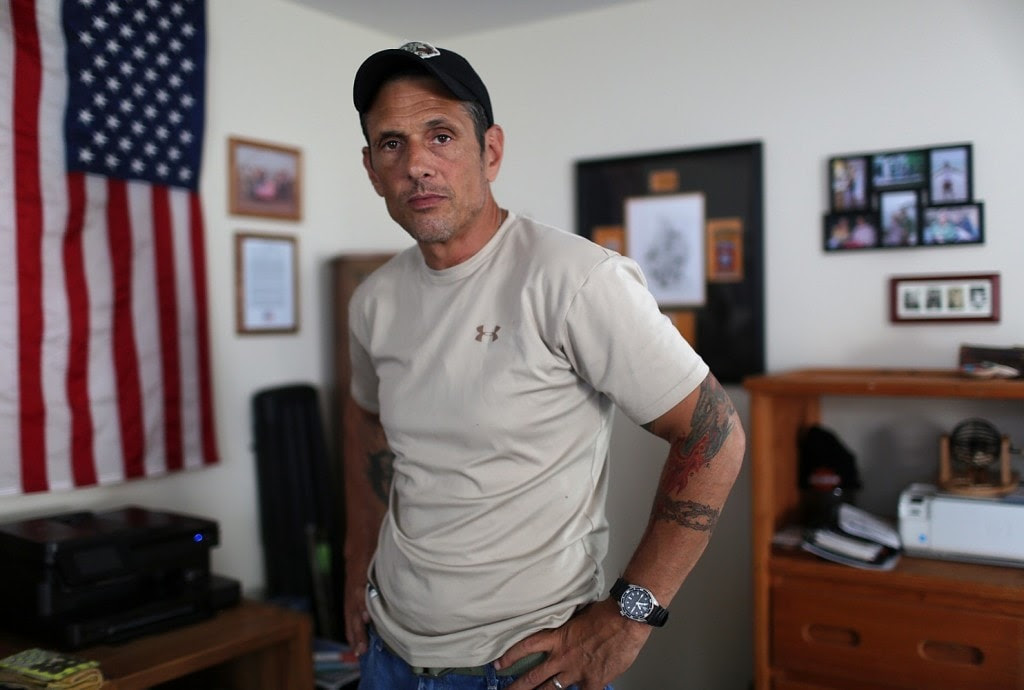 Matthew Goldberg, a retired Army special forces soldier who fought the VA for disability compensation for post-traumatic stress disorder and other injuries, at his home in Hampstead, N.C., on Sept. 7. (Ted Richardson/For The Washington Post)
Last year, the administration set a goal of eliminating backlogged claims by 2015. The VA responded at that time with an overtime “surge,” as well as by training more employees to process cases and by prioritizing the oldest ones.
The number of backlogged claims dropped to about 274,000 on July 7, the last time the VA published its weekly numbers. That represented a 55 percent drop compared to March 2013, when the VA acknowledged that it had reached “a tipping point” with 611,000 cases.
The Veterans Benefits Administration touted its recent progress on Monday, but the agency said more work needs to be done.
“VBA’s employees, half of whom are Veterans themselves, believe that Veterans should not have to wait for the benefits they have earned and deserve,” said VA Undersecretary for Benefits Allison Hickey. “While we work to drive down the backlog of disability claims, we must also improve productivity on other categories of non-rating work.”
The VA outlined some of the steps it has taken to reduce the inventory, saying it implemented a new automated processing system, hired a company to help speed up data entry and tapped the employees of two call centers to help deal with claims, among other actions the agency has taken.
President Obama’s 2015 budget request also asks for $138.7 million for a “Veterans Claims Intake Program” to help reform and speed up processing.
Despite the VA’s recent progress in addressing backlogged claims, some veterans organizations have challenged the accuracy of the agency’s determinations, even suggesting that it has sacrificed quality for speed. American Legion official Zachary Hearn said during a congressional hearing in December that his group found errors with 55 percent of the cases it had reviewed.
The VA said Monday that its national accuracy rate for claims was 91 percent. The agency has set a goal of 98 percent accuracy by 2015.
In addition to looking at claims numbers and accuracy, the House committee is also likely to examine the appeals inventory, which has grown to more than 250,000 cases since Obama took office. The Board of Veterans Appeals has said the amount could double before 2018.
http://www.washingtonpost.com/blogs/federal-eye/wp/2014/07/14/house-panel-to-examine-vas-progress-with-backlog-of-disability-claims/

Josh Hicks covers the federal government and anchors the Federal Eye blog. He reported for newspapers in the Detroit and Seattle suburbs before joining the Post as a contributor to Glenn Kessler’s Fact Checker blog in 2011.
Posted by Jim Watkins at 11:24 AM